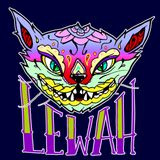 Never miss another
show from lewah

Southwest dubstep Dj and producer.
Lewah started out mixing breakbeat in 2008 but soon discovered the delights of dubstep and her collection of vinyl started to grow very fast! Her first gig was Supporting N-Type which was huge for a first gig. Next up a warm up set for Dreadzone in Exeter saw her rock the 500 people at the gig.. Next came a warm up for Chase and Status. This has led to resident dj slots with Beatz and Bobz, Standout and Rinseout, three of the Southwests top nights. She has also played gigs in London, Manchester, Amsterdam and various festivals around the U.K including Glade and the legendary Glastonbury Festival. She has now started to produce music of her own, things are looking good for Lewah.
www.facebook.com/djlewah