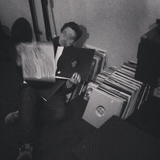 Lennard Ypma is one of those artists that is almost impossible to define. This guy has been all over the place over the last 8 years. From aliases such as Saurkraut, Perennial Rhytm, Bind, Cargo Cultcha and Laym he finally decided to use his birth name Lennard Ypma on stage. With him only 3 things are certain; He loves his poodle, he loves his synths and the guy plays awesome tunes!

With his live-sets with synths, that blow up places such as Radion, Marktkantine, Claire, Ruigoord and Der Weiße Hase (Berlin). Or with his dj-sets that are so diverse that they suited locations such as BAR, de School, Breakfast Club and Skatecafe perfectly. His own alias gives a new dimension to the concept of a vinyl juggler, playing sets from reggae to worldly vibes to Italo disco, being a true quality animal. He breaks down, builds up, bubbles, vibes and drums. Whatever floats your f*cking boat..