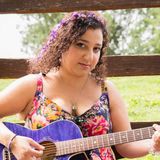 Lauren Rich is a singer-songwriter who certainly knows how to weave her distinctive voice around an effective acoustic chord pattern. With a taste for harmony and autobiographical lyrics that mean her songs border on country, Lauren is an artist with a bright future.

With one album and two singles under her belt; the next step in her musical career saw Lauren run a simultaneous release, with single ‘The Drink Talking’ taken from EP ‘The Same Sky’.

Since its release, "The Drink Talking" has had an overwhelming positive response and has been championed by BBC Radio 6 Music's Tom Robinson's and played on his BBC Introducing Mixtape.

Lauren has appeared on Gaby Roslin's BBC London show where Gaby described her singing as "absolutely beautiful". Lauren regularly performs around London and Hertfordshire with her amazing backing band or on her own.