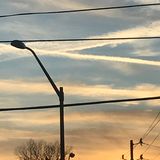 Never miss another
show from landoncaldwell

Landon Caldwell is an Indianapolis based artist, musician, and producer whose work explores the language of intuition, often utilizing improvisation, accident, collage, and modal playing. His solo work frequently hovers between the worlds of minimalism, kosmische, and free jazz. For over half a decade he has transmitted warped, psychedelic pop under the ever-evolving Creeping Pink moniker. Numerous other projects provide the group context for the explorations of his solo work.
Landon has toured extensively in the United States, Canada, and Europe and is regularly engaged with other artists and musicians across the Midwest. Since 2016 he has co-operated Medium Sound, recording and producing many of the label's releases. He hosts the open format Morning Meditation program on Indianapolis community public radio station WQRT. From 2015 to 2018 he opened and curated numerous events at underground mainstay State Street Pub. Landon's recorded output can be heard on numerous label's including