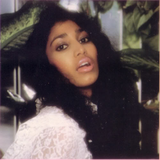 Never miss another
show from Lalchand_Bhagwandas

Lalchand Bhagwandas also named Johnny Mac Cook also named Beach also named Fanfare Cinéma also named Acapella Wizard, was born on the 25th mai 2001. Around the age of seven, he founds his school, his academia, his group, his clique, some kind of coalition said of the "Cook-Cook", whose discovery might help people to feel less alone inside. For each of his interventions, his faithful akousmatikoi inform the world by flashing on and off their light switches, thus creating a dozen stroboscopic seconds, visible from the SWM-2, a mexican satelite. This is how, behind a purple curtain, Lalchand Bhagwandas hands out his Cook-Cook Show, a mixture of political precepts, geometric rules and astronomical descriptions usually mounted as musical fables. He lives alone somewhere around Berlin. He eats little, sleeps little. Sometimes, he leaves some milk for the cat of all gardens. He is twenty years old.