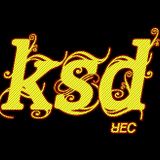 Never miss another
show from ksdrecords 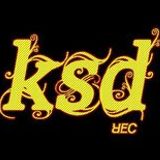 Giancarlo D’Elia e Gabriele Carallo aka Janko & Gabb, born in two small towns in the heart of Salento in Lecce.

That ‘s where the music through their ways crossed in 1999, working as a DJ and Pr in the various bars and clubs in the area. In the early 2000’s both moving to Milan, where their ways diverge into different generes of contamination music.

Their great friendship was born from the exchange of musical thoughts and emotions, giving life to the project KSD RECORDS in 2009.

The live set of Janko & Gabb can be produced in two different ways:

The first live consists of two laptops, keyboards, synthesizers and other kinds of effects. The music during the live show, is a continuous hike through different kind of contamination from deep to minimal, from house to techno, from electro to breakbeat.