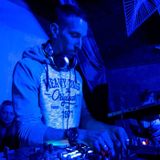 Never miss another
show from Youknow

Youknow aka János Kovács is a Hungarian Dj / Producer. He met electronic music on the early 90's. He Learned mixing form Vinyl in the starting of 2000's and he made music since 2005. In the first time this was only a love & hobby for he but since 2013 Youknow playing his friend's gigs and since 2015 he playing his own event what called DEEP FIELD. Youknow think one genre takes the color of a mix so he playing various genre in his Dj sets. Since 2018 Youknow releasing his music on Lupa Afrika Production , Tomorrow Comes , Ole Records...... Youknow loves Deep House , Dub Techno , Deep Techno , Techno , Tech House , Afro Tech , Afro House , Liquid Drum and Bass , Some Neuro funk and Old School Breakbeat. He think music is only love for he.