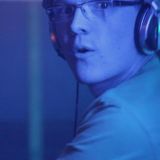 Originally from Lancaster, I have been a keen follower of Electronic Music from a young age. It was when I was discovering new sounds at University that I finally got my hands on an old, dusty pair of turntables and a bag of records and did what came naturally.

Since then I have been working away in the bedroom, honing my skills and exploring my favourite sounds.

I have since played a number of small nights including Egg (Manchester), Stylus @ Ravenstonedale Festival, Beaverfest (Leeds) and culminating in a monthly residency at Lowdown & Dirty - one of Manchester's biggest and most well known underground nights, which regularly hosts some of the biggest names in the Breaks/Electro/Bass scenes including Stanton Warriors, Krafty Kuts, Plump DJs, Gorgon City, Hybrid, Elite Force and many more.