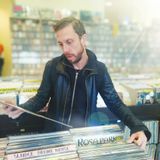 The Continues::IngamdelicA sessions::
by Dj Kite

INGAMDELICA ::outSide the universe:: part2
by Dj Kite

INGAMDELICA ::outSide the universe:: part1
by Dj Kite

On the Dark Side
by Dj Kite

Support Dj Kite by subscribing directly to this channel and get access to exclusive rewards.

First meeting with the world of Electronic Music was at 1998... From that time, this music and culture became a part of my life.
This music left great trace in my consciousness...and it was a start of my dip to amazing, absolutely different and unbelievable world of Psychedelic sounds and energy.
The time went to forward and from beginning of 2000, I started play psychedelic trance like a Dj Python.
In general it was a small and underground but very blast private parties in Russia
It a was a perfect time
I met a lot of interesting people, had time to work with the several promotion teams like as FTPG, Only Positive People Promo, Outline Family, and of course have played on all afterparties from TOP Secret Promo.
In addition, I have played on one stages with the some famous musician’s\Dj's
from 2007 until 2017 TECHNICAL BRAKE.
Now I would like repeatedly to give and to receive the precisely that blasting energy which I feel in the music.
One Energy! One Drive!