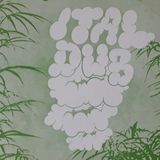 Never miss another
show from kingdavidberlin

Reggae Dancehall Vibes from now & then
by kingdavidberlin

Growing up with a skateboard under my feet circling around our youth club where breakdance, graffiti & rap was prominent, I fell in love with Jamaican styles of music in my teenage days. I started collecting & playing records about the age of 16.
With holes in my shoes and not a penny in my pocket I started to set up King David Soundsystem in 1995. It has always been a work in progress system. I started with 500 watts and played roughly 10k in 2010.
I travelled to many places and met a lot of people. I really give thanks for that amazing experience. Jah know!
Living in Berlin since 2000 I´ve been an integral part of the local Reggae/Soundsystem scene until around 2012. Being the father of two sons I felt like I had to ease up and took a break from the scene. Fortunately - as we all know that life goes in circles - my boys themselves are growing to be teenagers and
I´m here to proudly present
the „Ital Breakfast Radioshow“
on https://hearticalfm.com the 2nd Saturday every month.