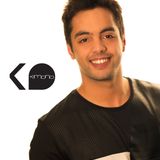 Never miss another
show from Kimono

The Kimono Project arises based on a structured setting through an essence that is much more than an idea. It is a symbol of celebration, joy, based on a spirit with African influences markedly registered in each performance. And that makes the difference. Since very early, the rhythm made a great impact on the whole evolution of DJ Kimono, while being creative, an artist and a young producer. The interest and the discovery of this passion for music and which features alternative sounds, with some being historically popular, began to emerge from the age of seven, when his parents introduced him the idea of ​​attending a music school. By accepting the suggestion from his parents as a challenge, he began his mission to learn to play drums. Later, the young Edgar Jesus Kimono developed this taste and interest of his own accord and at the age of 12 began his adventure in percussion.