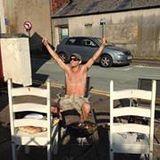 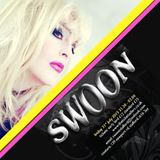 Key has been Djing now for over a decade and has played for some of the biggest brands in the Hard House/Fidget/House scene which has seen him play all over the country for some of the UK's biggest clubs and brands from Gatecrasher in Birmingham to some of the more darker underground venues in the UK like the famous Subway City, Club 414 Brixton and the Legendary Sanctuary in Birmingham. Key has also been Djing in Ibiza over the last 3 summers and has played at various clubs, held season long residencies and also run events out there. One sureal Moment for Key was playing b2b With TiN DoG aka (Riggsy) in the mainroom at Es paradis, Ibiza for Electric Vendetta in the summer of 2009. Key has held down various residencies over the years and is heading back to ibiza for the summer of 2011 for his 3rd summer djing on the White Isle. Key has also done various musical arrangements. One major one being for Canada's LG fashion week in association with Loreal Paris for Chloe comme