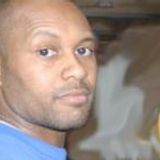 Kevin Powell is one of the most acclaimed political, cultural, literary, and hip-hop voices in America today. He is the author of 12 books, including his newest, The Education of Kevin Powell: A Boy's Journey into Manhood. In 2018 he will publish a biography of Tupac Shakur, the late rapper and controversial American icon. Kevin's writings have also appeared in CNN.com, Esquire, Ebony, The Huffington Post, The Washington Post, Rolling Stone, The Guardian, ESPN.com, and Vibe Magazine, where he worked for many years as a senior writer, interviewing public figures as different as Tupac Shakur and General Colin Powell. Kevin also routinely appears in interviews on television, radio, and in print and on the internet discussing major issues of our time. As an activist Kevin is the president and co-founder of BK Nation, a new national organization.