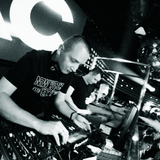 Never miss another
show from kcofficialmusic

Krzysztof Chochlow is one of the most talented and experienced DJs and producers
Polish club scene, which since the late 90's during his musical journey
experimenting between different styles of music, but never distracted from
his distinctive sound for which he is so highly regarded and loved by clubbers. His productions for more than 10 years did not disappear from the DJ sets. During his long career, Krzysztof Chochlow appeared in hundreds of clubs
and dozens of major events and festivals across the globe.
His talent was spotted by Insomniac Events, EDC creators who had distinguished him in 2013 in a project Discovery and invited to perform in USA at EDC in Las Vegas.
Musical events which occurred and which speaks fervently is Electric Daisy Carnival (UK), Global Gathering (Poland), UNIFI (Scotland), FRISKEE (Ireland), Alcatrazz Open Air Festival (Netherlands), TranceSetterz (Netherlands), Trance Around The World (Poland), Sunrise Festival and Electrocity.