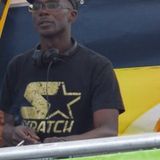 Born and raised in London Keith started to dj for his friends while still at school and had his first professional gig at JEAN PIERES in Greek street in 1979. From there he started his first residency alongside his brother MEL djing at one of London's premiere nights THE LIFT in London's Soho from 1981 to 1986. It was while djing at THE LIFT that Keith was introduced to house music by a friend (Trevor Lewis). When THE LIFT finally ended Keith secured a residency at London's infamous Wag Club alongside Mark Moore from S-Express.

Keith KCC also started djing at some of London's pirate radio station's and met up with Kid Batchelor & Lesley Lawrence and formed the infamous BANG THE PARTY, around Christmas 1986, releasing two singles, Jaques Theme & Release Your Body on the Warriors Dance/Kool Kats Label before leaving in the middle of album to form SLF producing one of England's first Acid House tracks Show Me Wot You Got.

As well as djing and producing