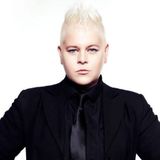 KATJA GUSTAFSSON [Virgo/V.A.A.]
As a DJ/producer Katja lives and breathes music. She loves electronic music with dirty beats and lots of love. She is a international electronic dj with technical skills, sophisticated pulse of musical choice. She does Harmonic mixing, energy boost mixing, beatmatching, cut mixing and live remixing with love, passion, musicality and with long experience its her mission to see to that the next song always gets you in a more fab mood to keep the dance floors euphorically dancing. When Katja Gustafsson celebrated her 10 year anniversary as a professional party dj she started to producee music. Touring Scandinavia with her 2 dancers and 12 songs. She has released 3 singles. The music is a mix of hip hop, pop and house music. Katja has written music for soundtrack of the swedish movie "Fan Club" and also Pride Songs for Borås Pride and Värmland Pride. She will release an album as soon as there is enough songs released
http://www.facebook.com/djkatjagustafsson