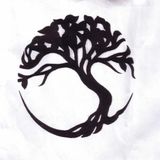 Never miss another
show from Blue_Sonja

DJ Kantrip has retired. Due to various reasons I have stepped down from DJing for the time being. If I do come back it will be to do a show like Darkbohemia but under a new name.

I was a Seattle based DJ who has been spinning in Goth/Industrial clubs and \radio since 1996. Preferred genres include Goth, Industrial, EBM, Post-Punk, Shoegaze, Indie/Electro, 80's, and Nerdcore.

She spun in several venues within the Southeast US, Milwaukee WI, and Seattle, WA. She has produced 2 long running podcasts with a third currently in the works for 2015. Darkbohemia ran on Radio Blacklight and Mixcloud from 2010 to 2014 and a 3 hour dance mix on Dark Mother Media from 2010 to 2012. She has also held resident spots at the Art Bar in Columbia SC and The Mercury in Seattle, WA.