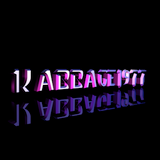 Never miss another
show from kabbage1977

Jeff Wayne - Musical Version of The War of the Worlds (Full Album).
by Ivan ShawReposted

Anthony Turner (Born 1977 Bury, Greater Manchester, England) is an up and coming new Trance Producer and Dj. My passion for Trance music Started in the early 90's as Trance music was being born, listening to tracks from such artists like Sasha, John Digweed, Paul Van Dyke, Gary D. (the list can go on), following at venues such as Fantazia, Helterskelter, Dreamscape (many rave type venues) through to Goodgreef and Godskitchen, up to 2003 where i started to DJ Trance music.
The passion didn't stop there, i wanted more from DJing, i wanted to Dj my own material, this led me to Education.
September 2004 was the start of Music Education, starting at Oldham College studying Music Technology to move me on to higher Education.
September 2006 was the time to carry on developing my skills in Music Technology. Leeds Metropolitan University was the new place of study, studying Creative Music and Sound Technology.