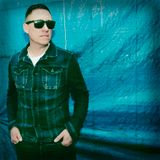 Never miss another
show from K90

K90 'LIVE & DJ BOOKINGS' - gary@k90.co.uk
In 1992 a fresh faced producer from the Eastern Counties of England stepped off the train at Ladbroke Grove Tube Station in West London en route to his first ever encounter in a recording studio. That studio was located in the basement of the Kickin’ Records office in Westbourne Park Road, and the experience proved to be the beginning of a journey nobody could have predicted.
Fast forward over two hedonistic decades and K90 is now one the most recognisable and highly respected producers, performers and DJ’s in trance with base of loyal and loving fans spanning the globe.