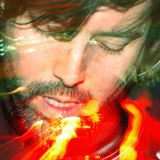 Seamlessly weaving rhythmic intricacies of varied (but always funky) musical styles ranging from the deepest of soulful house, through tribal and percussive barnstormers, all the way to the progressive sounds of tech-house and beyond, JZ’s diverse personal musical tastes always shine through in his crowd-pleasing DJ performances. Whether rocking a hard-hitting 2 hour peaktime set or taking the audience on a slow-burning 6 hour journey, JZ’s ability to ‘play for the crowd’ has made him a consistent favorite among Bay Area partygoers. Along with his residencies at "MELON" at Spundae@1015 Folsom, the DNA Lounge, and the Miami WMC, the bi-monthly "MELON:LAX" at Spundae/Circus in LA, and the legendary "Watermelon" boat parties held on San Francisco Bay, he has performed at world-famous venues including Zouk-Singapore, Pacha-Ibiza, Opera Bay-Buenos Aires, Release-SF, and other clubs & events in Brazil, France, Indonesia, New Zealand, Bali, Hong Kong, Malaysia, Mexico, and Spain.