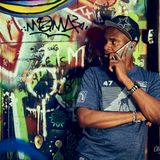 Support DJ Just Dizle aka Le Champion by subscribing directly to this channel and get access to exclusive rewards.

Parisian born Just Dizle, grew up around Tiger, Snakes and Hawks,
he was the only human accepted from the beginning in the Jungle
and that made him unique as a person.

One day, when he was 2, while he was trying to feed himself by
snatching and killing an elephant with his teeth, Just Dizle aka Le
Champion noticed a car next to him, inside, there was a couple
apparently in the area for some type of Safari trip. He heard some
sounds coming out of the car, that reminded him of the same
heartbeat the lion that raised him had, but it mad more melody,
curious, he asked what it was and somebody told him it was Hip-
Hop. You guessed it, that is where his love from music came from,
fast forward years later , DJ Just Dizle is one of France most
requested DJs. Club, Tv, Radio shows everywhere around the globe
would testify that this crowd pleaser is the living proof that music
connects and fixes everybody, the turntables are his tools of choice.