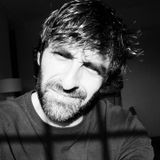 Twenty years of experience support the career of JUANTXO MUÑOZ as Dj.
He was born in Spain, with the age of 17 he started his career in a small bar in Spain ever since he hasn't stopped working in the most trendy venues over the world.
In his mother town, Malaga , Cadiz , Granada , Sevilla , Madrid , Barcelona , Ibiza , Valencia, the coolest clubs and Festivals of Spain has danced with the music of Dj Biggest.
Morocco , Portugal , France and Dominican Republic has enjoying his music where he has been playing in clubs like Pacha , Imagine , La Guacara Taina , Ohju Caños among others shearing Dj booth with artists likes John Acquaviva, Alex Kenji, Tania vulcano, Toni Rios, Colin Dale.

In 2010, he was nominated by Dj MAG Magazine as best Dj & Producer of House and Tech House in Andalusia (Spain).