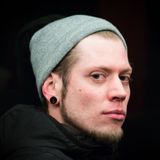 Never miss another
show from Jssst

Jssst (Pronounced: Just) is a music addict from The Netherlands. Supported by Richie Hawtin, Umek, Dr. Motte & more. With more than 900 releases, he is a productive guy. Quantity and quality.
Studied Econometrics, a mix of Economics and Maths. Two different disciplines are combined to create something new. It's a brilliant way to produce new stuff as it works for music as well. Always looking for new ways to make tracks or to mix tracks for a DJ set. This approach reflects Jssst.
After finishing his study, he decided to chose for his passion. He decided to dedicate his life to music, no matter what. He´s running a record label, called Jssst Records.
He plays mainly in Amsterdam, but with his internet activity... He's connecting with the world!