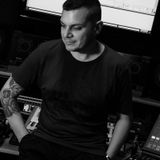 Tony Aka J&S Project was born in Pompei (Na), he has a great experience as deejay and producer, he want to promote a new musical project born with a mix between tech house groove and techno elements. In 2005 his project ''Gone days gone'' was PRINTED by Globalunderground (Uk) and other project such as ''Missing'', ''Hit'' (which was included in ''Lights out 3'' compilat ion by St eve Lawler. In 2006 Richy Mont anari and Flavio Vecchi appreciated his new project called ''Unaged'' including ''Pure Echoes vol.1'' in t he compilation. They also mixed it!After that Tony worked with Flavio Vecchi to realize '' Odissey e Acid Rain'' printed on vinyl and digital. He continued to carry out projects on several labelsget t ing not ice in clubbers and making experience unt ill he played wit h t he ''Angels of Love'' where he was appreciated by James Zabiela.In 2012 Tony won the contest '' The Player'' by Carol Cox for Bush Records label