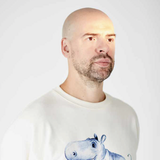 STRANGERS IN THE MOONLIGHT
by Baya (JS Baillat)

THIS IS NOW
by Baya (JS Baillat)

WE CALL IT MAGIC
by Baya (JS Baillat)

Baya is a man of faith. Through the years, he has put faith in good electronic music. Known for his creative parties such as Concours de circonstances and the Passage series between 2000 and 2004, he has been djing for several years here and there, and has always shared his love for this music that changed his life. To name a few, he did hit the decks of M.N. Roy in Mexico City, Piknic Electronik, Salon Daomé, SAT in Montreal, Le Grand Palais in Paris and many more. He is also known for his high quality visuals that he has been showing around the world, notably with Sasha & John Digweed in the US in 2008 as well as Mutek Montreal, Mutek Mexico, Elektra, Mapping festival and many others ever since.