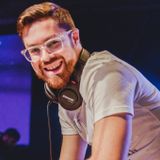 J Puddy is in love with a certain flavour of progressive house and trance, and this is reflected in most of his DJ sets. His personal tastes extend to almost all genres of music however, so he's constantly seeking a way to incorporate these various influences, from disco to nu-jazz, down-tempo acoustic to folk metal, to organic hip-hop and classical music.

J Puddy has played at Dynamite Music Festival in Helsinki, played twice for Sencity Finland in Jyväskylä, and spun at numerous gigs around the city of Toronto before leaving Canada.