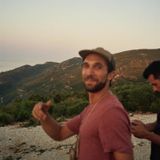 Hailing from Portugal Jorge was born in Lisbon and grown between the Azores islands and Almada in the Atlantic coast before starting his career as an electronic music producer in 2010. Soon after Jorge has moved to London with the aim of thriving within one of the most influent cities to electronic music in Europe.
Influences that can be heard in Jorge’s music: Hans Zimmer, Max Cooper, Ryan Davis, Extrawelt, Vibrasphere, Rampa, Lee Burridge, Rui Da Silva, Sebastien Leger Radio-Head, Massive Attack, David Fonseca, Blasted Mechanism, Phanta du Prince, David August.
Always focussed on delivering the most moving forward music available he became resident DJ of the Warm Up London in 2014, a night created by the Dj and Promoter Aidan Doherty and defined as“..a techno and electronica night that has grown into a hugely respected project showcasing the very best in forward thinking artists. The reputation has not only been founded on superb artist bookings but on the consistent high standard