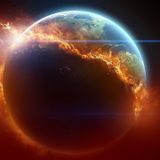 JonnyT presents.. Classiclecticism inspired by AB and the POWER of a Black Hole - Sun 20th June 2021
by Jonny Townsend

Resident at the legendary Urban Gorilla Sheffield for many years, Jonny had the pleasure of playing alongside the world's greatest underground house, breaks and techno DJ's and to one of the world's best crowds.

Providing a slowly building warm up, leaving things on a perfect pedestal for the headliner to take over, or equally comfortable going on after the headliner and often out-performing, this ability to diversify and measure the crowd won him much respect and affection.

The residency helped to hone his skills of the art of the warm up DJ, equally as a night closer, being adaptable and versatile, keeping the vibe and taking it to another level after the headliner has finished. This also took him further afield, playing Barcelona, France, Miami to name but a few.

Jonny was co-owner of breakoutaudio record label for a number of years. Alongside Darius Syrossian, Rob Chadwick, Donna Beatz and David Moran.