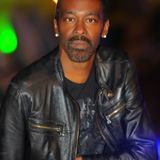 Jon has been one of everyone's favourite DJ's for over 30 years. He started his professional DJ career as a 17 year old playing cool funk, soul, jazz and disco music with most of the now household names e.g Norman Jay, Gilles Peterson, Pete Tong, Steve Walsh, Chris Hill and Simon Dunmore to name just a few. In the late 80's, his love of disco music and the fact that he owned one of the South's most influential record stores, Jon became one of the busiest DJ's of the new genre of dance music which is now internationally known as House and helped launch the careers of DJ's like Brandon Block, Dean Thatcher, Rocky & Diesel and many more. As he still had a love of soul and rap music, he also had weekly residencies playing Rare Groove and Hip-Hop with both Tim Westwood and the then DMC World Champion Chad Jackson. Jon can still be found playing in venues the size of a "BCM/Ministry of Sound" to a small intimate bar/club. Also presents “ Mi Weekend Sunday Breakfast” on Mi-Soul.