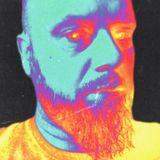 Never miss another
show from jonasoul

Stevie Wonder was caught humming one of Jonas' songs, saying "when can I get my copy of the album?".

Jonas has been hailed as the Godfather of Scandinavian Soul by international media. In 2016 he was awarded Artist of the Year and Best Video at the Scandinavian Soul Music Awards in Stockholm. For more than 20 years Jonas has been making a name for himself in soul music, released tons of music and toured all over the world. Having crossed paths over the years with some of the biggest names in neo-soul, like Omar, John Legend, Joss Stone, Lynden David Hall and Bilal, Jonas has so far ticked most of the boxes on his wishlist.

Most recent release, the EP "4ward Fast to Future", is a collaboration with Omar Lyefook's brother The Scratch Professer, and features 4 songs the 2 penned together in London. A return to the classic neo-soul that started Jonas' career.