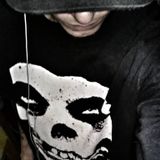 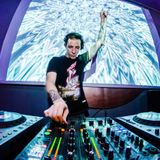 Jona Prado was born in Venezuela in 1976. He started
his musical career at the age of fourteen with a Casio Tone keyboard
purchase. As a child he listened to music like Pink Floyd, The Cure and
Police, that were the bands who has motivated him to approach more to
music.
When he was fifth teen years old, Jona traveled to Argentina, country
where he met the guitar personally: an electric Fender Stratocaster to
belong to his brother. After that all was changed for this boy who had
the desire of introduce him-self into the music world, or whatever it
is near to it
Jona worked, one in his life, at the age of seventeen. The money he
could save helped to buy his first electric guitar: a Gibson Les Paul
Studio.

In that moment he had listening to a Roland mc505 Roland groovebox
sounds,It produced a sonorous and rhythmic break that prepared him to a