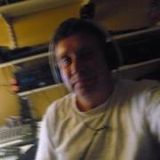 Never miss another
show from Jon Turner aka FeNN

I've produced a shedload of music over the years.
Mid 1980s - writer/singer/keyboard player of The 20th Century F*xes and before that experiments with more unusual noises as The Wounded Popes, in collaboration with guitarist, Dave Mellett.
Late 1980s - Master Master - another collaboration with Dave Mellett.
In the late 1990s and early 2000s I was making a lot of trip-hop and hip-hop beat influenced music at a time when it first became affordable to really indulge in multi-track recording.
2008 to the present day - I have been running a label and experimenting with dance music forms ranging from fairly straight house to more experimental leftfield stuff.
www.expectingsilence.com