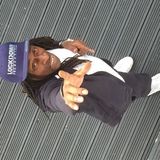 John Mitchell AKA JB Baker is a British reggae and soca artist, DJ, musician
and producer. He began his musical career as a solo singer on the Briggy C record label with his rendition of Sugar Minott’s My Love is true. The second single he produced was on the Progressive Sound record label with Patrick Donegan. As a producer he has worked with some of the top socca artist in Grenada the likes of Ajamo, Strong Man Squeeze, Sugarpatch and Soca Banton.

He has also collaborated with Private Collection where he played drums, keyboards, bass and backing vocals in the band. In the year 2013 he was nominated in the category of best producer for the British reggae industry awards in recognition for his work at Lockdown Productions with successful riddim tracks the likes of The UK Flu riddim The Driver riddim The Free riddim The Sweet Flavour riddim The Artikal and The Backyard riddim, featuring artist such as Tippa Irie, Peter Hunningale, Maxie Priest, JC Loge, Sandra Cross and more.