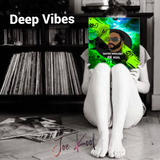 https://thepactmusicsociety.wordpress.com/2018/06/02/artist-review-joe-kool
For Booking email - joekool.dfhs@gmail.com
This Detroit native’s musical roots humbly began as a child protege of legendary jazz percussionist, Roy Brooks, touring venues before the age of 10. What followed was a fascination of the rhythmic phenomenon of the early 80's House music scene in which he became a pivotal part as a local DJ known for blending compositions into one universal sound. Taking his musical talents to Los Angeles, he also brought his energy and natural ability to local clubs and soon began to work with Record Labels, such as Capitol Records Arista Records Motown Records MCA Records A&M Records & RCA Records to promote his passion. Joe took a hiatus to manage his son, Jullian Roy Doster, better known as Anthony in the classic movie, Menace to Society. Meanwhile, he continued to hone in on his craft while working with his younger son Christopher Doster aka Soda Pop. He's now back IN THE MIX!