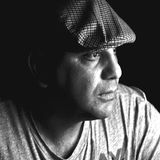 House Of soul with Joe Doppio 02-29-
by Joe Doppio

House Of Soul with Joe Doppio 1February 2020
by Joe Doppio

DJ Joe Doppio has had a love for music since childhood.At the age of 5 , Joe used to play with his parents Hi Fi home stereo system and the Turntable was what captured his by the time he was 14 years old, he realized that his interest in Djing was genuine. legendary artists such as earth Wind and fire influenced the growth and sense of direction within Joe's record collection. Today his collection includes more than 23,000 records and features the best in Acid Jazz, Funk, R&B Hip Hop,Deep House , Garage and Soulful House. In 1979, Joe secured his first residency as a D J at a venue called K13 located between Naples and Rome,Italy . Over the past 25 years , his DJ career has enabled him to play at many venues throughout Europe including clubs and events Greece, Switzerland, Germany, Malta, Italy and France. After establishing himself as an effective nightclub DJ,Joe began to appear on Italian radio and also became involved in music production. It was during 1996 when his first productio