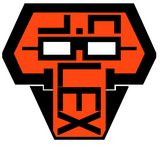 Jaroslav Madera was born 25th September 1982 in the Czech Republic.

For the first time he started DJing in 2001 as Dj Blex and played house, progressive and techno.

Before long his tracks began to sell at leading music servers.

But the biggest coup came when he join up with his long-term friend DJ and producer Da Monk and launched their own electronics project Whole Grain Tunes.

Together created a lot of music which also took over at top of charts at music servers.

Since 2015 he became one of founders of Dilematic Records label.