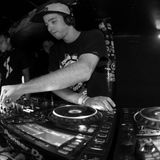 Never miss another
show from Raspber

Jiri Malinka alias Raspber is young talented producer from a small city near Ostrava in Czech republic. In this moment he is living in Birmingham UK. He started his music career in 2007 as electro house deejay and producer but he felt that he needs a more energy from tempo and progressive sound and in 2009 he made his first drumandbass track and two years later he finished his first drumandbass ep. He worked for a lot of crews as STUbass and StageBox where he gained experiences as promoter. His tracks you can found on Frogs On Acid (jump up tunes) and on Histeria records and Black Magic Bass recordings (neurofunk tunes). In his deejay way you can heard him on a lots of festivals and great clubs nights. He supported names as Neonlight, Chris. Su, James Marvel, Redpill, Mizo, Steampunk, Matzet, Counterstrike etc. In this moment you can see him mainly as a part of Bruno & Raspber b2b dj project.
links: https://blackmagicbass.com/raspber https://soundcloud.com/djraspber