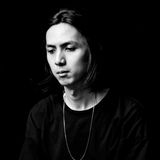 Never miss another
show from Jhin

Started out in Singapore and making his way up, JHin has been rocking the decks since 2006 and has shared stages with the likes of Boys Noize, Tiga, Gesaffelstein, Brodinski, Justice, Crookers. Apart from playing in big festivals such as Heineken Thirst, FMFA and It’s the Ship, JHin has also dabbled in fashion runway music by providing the runway music designer Pearly Wong at Berlin Fashion Week 2015/2016.

JHin also was previously running a regular night called HOUSETHIS?! with fellow DJ Hypeembeats at the Barsonic room in Zouk KL, he now holds a residency called _CTRL with Mmmeng at one of KL's coolest spots, Bait in Bangsar every Saturday night.

Beginning as a career of passion, JHin is inspired by all the house parties back in the day as well as local peers such as Twilight Actiongirl and LapSap. With a diverse range of taste, JHin’s sound moves from techno to jersey to bangin’ tracks that makes for a mix mash of genre keeping the party going and good vibes coming.