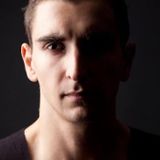 Jeremy Reyes is DJ since 2004 & drum player(Lyon National Music School) for 25 years.
His sets (mainly Deep-House and Tech-House) are influenced by latin and tribal touch.

During the last decade, Jeremy was chosen to be resident in some of the best nightclubs all around the world : Icon (Cebu, Philippines), Qube (Roma, Italia), Le Mix (Paris, France), that gave him the opportunity to be in the same line-up as Laurent Wolf, David Vendetta, Wally Lopez, Peter Rauhofer, Danny Verde, RLP, and many more…