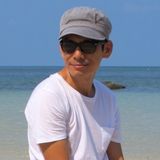 Never miss another
show from jeremyboon

In 1991 when Zouk opened, Jeremy kicked off his career in the Zouk Mainroom alongside DJ Alfredo, they started to introduce the Ibiza Balearic sounds into Singapore. This has kick-started what has since been the sounds that define Zouk and what it represents. With his versatility, he played alongside DJs of different genres like Paul Oakenfold, Sasha, Jeremy Healy, Carl Cox, Frankie Knuckles and many other top djs from around the world. Zouk´s pioneer resident DJ has seen him mutate with the club through the different music phases that the club has experienced. With the subsequent opening of Velvet Underground, Jeremy was tasked to take residency as its first resident DJ. Attracting the similar feel of plush and class, spinning with the likes of Louie Vega, Joe Claussell, Norman Jay, Osunlade, Gilles Peterson, Dimitri From Paris, etc.