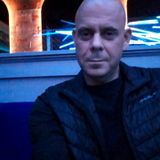 Never miss another
show from jeffhaze

JACKED OUT SESSIONS 010// JEFF HAZE
by JACKED OUT TRAXReposted

Jeff Haze has been a DJ for 15 years now, and a House Music Producer for 13 years.
He has been influenced by Underground Dance Music for a long time. Underground Dance Music is his life.
He listens all the time.
It is his passion.
Jeff is in his favorite moments when he gets to play and produce music that makes people smile and gets them dancing.
The greatest feeling that he always craves.
The connection we get from the love of music.
Jeff Haze continues to follow his dreams.
He started producing back in March 2007.
He has several releases on different labels, and has more Tracks on the way with support plays from amazing artists that makes makes Jeff very honored and thankful. Tracks have been in the top 100's on multiple times and he is thankful for everything.two vinyl records on Minority Music as well. Keep an eye on Jeff Haze.