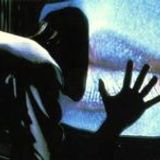 Born in 1968, Jean-Yves Leloup is a Paris-based french writer, sound-artiste, DJ and teacher, specialized in sound, art and electronic music. He has been writing in the french art and music press since the early 1990’s. As a radio DJ and journalist, he played a major part in the discovery of electronic music in France.

He is the author of various books dedicated to electronic music and art, such as Ambient Music, Techno 100, Global Techno, Musique Non-Stop, Electrosound, all published in french, except Digital Magma : from the utopia of rave parties to the iPod generation, translated in english and published by Sternberg Press.