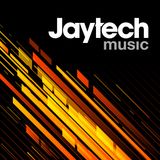 A journey through lush electronic grooves, sunny progressive vibes and classy peak-time anthems, Jaytech’s second album “Multiverse” is the sound of an artist broadening his sound and moving on to the mainstage. The follow-up to 2008’s progressive classic, and the first album to be released on Anjunadeep “Everything Is OK” (“a crossover gem ****” DJ Mag), “Multiverse” takes his sound into the mainroom; retaining all the melodic flair and refined production that his prolific career has been built on.

Four years in the making, inspired by countless international adventures, Jaytech’s “Multiverse” expands his musical horizons, and you’re invited to join him for the trip.