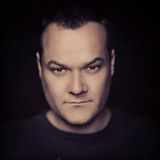 Jay´s career truly kicked off in the 90's. Love Parade, the rest followed Nature One Airbeat One, Ruhr in Love he wowed them then.As well as having become an established presence on the German club scene,he's played around the world, Taiwan, Japan, Africa, Russia, Dubai, U.S, Ibiza, and too many other European locations to mention.

He is constantly playing alongside the likes of David Guetta, Roger Sanchez, Chuckie, JCA, Tom Novy, to mention only a few.
Daytimes get devoted to the production schedule. Not only his personal work like "I wont let you down" a monster iTunes top five hit.