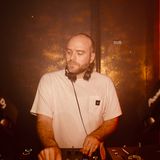 Javi Frias is a DJ and producer of underground disco. He began collecting and playing records at the end of the nineties in Madrid, his hometown, and since then he has not stopped traveling with his bag through many venues all around his country and Europe.

In the past few years he has begun to make noise at international level thanks to his edits and reworks, published a handful of EPs and singles on labels like Street Edits, Giant Cuts, Disco Pocho, Midnight Riot, Boogie Café or Bons Records.

In 2017 he started his own label Night Shift Records, devoted to edits and reworks of disco and house, where he has released in vinyl and digital his own productions and occasionally the work of other fellow producers.

He is currently resident DJ and booker of Discotizer, the best disco, boogie and house weekly party in Spain taking place every Friday at Marula Café Madrid, where he has invited and shared the decks with artists like Louie Vega, Joey Negro, Danny Kirivit, Eli Soul Clap...