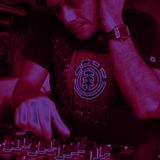 J.Sobrevela is a Dj /Producer coming directly from the heart of the Costa del Sol’s cutting edge Clubland and Electronic Music scene. Javi as he’s known by his close friends is a larger than life personality with a formidable skill set and professionalism behind the wheels of steel making him not only very popular among club goers but fellow Djs alike. Javi’s unique style is the result of over 20 years Dj’ing experience and his ability to select popular music that excites and yet remains deeply rooted in the underground! (No easy feat by any means). Now residing in the south of Spain but having been born in Costa Rica and brought up in Miami its easy to see where Javi’s love of music and rhythm was formed. Javi ‘s career started out in his early 20’s in Manheim Germany of all places where he was living for a time but after only 2 years he returned to the Costa del Sol where his musical journey truly began playing alongside legends such as Felipe Volumen & Jones (Satisfaxion)