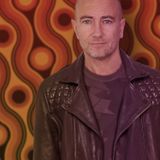 All You Need Is Disco
by Jason Regan

As a DJ, Jason Regan has filled floors alongside nightlife legends such as John Morales and Barbara Tucker; as tour DJ for international funk superstars The Brand New Heavies, and is equally at home in a small basement venue, an Ibiza pool party, or playing the gala opening of London’s Design Museum to an audience of global media superstars.

Jason is co-founder and resident DJ of the leading disco event Lost In Disco, delivering an authentic vintage nightlife experience to thousands of partygoers.

Jason is presenter of the independent radio programmes The Lost In Disco Show, and The Cosmic Jive Show, focusing on disco, funk, soul and vintage electronica and reaching live worldwide audiences in the thousands. He has curated playlists for the famed Olympic Studios, and consulted on party concepts covering everything from music to decor, lighting & projection, costume and scent.