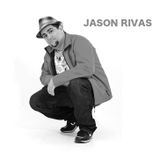 Jason Rivas began his professional career in the early 90's. As a producer, he has released more of 400 discographic works in different labels around the world: Pacha Recodings,Pearlicka Records,S2G Productions,Blanco y Negro,Disc Doctor,Playdagroove! etc. "SuperMartxe", "Matinee" or "Buddha-bar" have included Jason Rivas' tracks in their compilation albums. Jason Rivas' music has been played and supported by talents like Bob Sinclar, Peter Gelderblom, Milk and Sugar,Erick Morillo and many more.