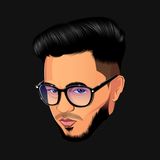 Never miss another
show from Jashmir

Jashen Joel Govindsamy, professionally known as Jashmir is a South African DJ, Producer and TikTok star. Born on the 10th of April 1999 in Durban, South Africa, he is popular for his "Amaiphone (What If The iPhone Ringtone Was Made In South Africa)" and "Aweh Ma Se Kind" song and many others that have been trending on TikTok. He started his career in 2013, venturing into every musical genre such as Amapiano, EDM, Hip Hop and House Music, which can be found on stores such as Apple Music, Spotify, Amazon Music, and more.

Jashmir started making music at the age of 14, and became very popular in May 2020 for his signature meme remixes and Afro sounds which spark global trends on TikTok. The "Amaiphone" ringtone which took the world by storm, became one of the biggest TikTok trends for 2020 and even made national and global news.