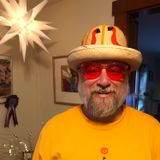 soundcloud.com/jamie-osullivan host and resident dj @LOVE in Portland, Maine, USA
Jamie got his start by attending raves as a teen. His first was in 1992. Most raves he attended were in New England with a few in Seattle in the early 90's. But by the end of the nineties he had found NYC nightclubs and would frequent parties like Shelter and Body &Soul. These parties schooled him on the old school. Dance and Music. From there he started collecting a lot of experimental and soulful tech house through the early 2000's. He first started djing around 2008 with a small night at the Whiteheart in Portland Maine. From there he started Love at Flask Lounge. Which is now almost 10 years old. His Music taste is everything from disco to techno, but finds himself still drawn to the mix warm soulful vocals with cold tech sounds and breaks dropped here and there. Attempting to bring new and old to that timeless place.